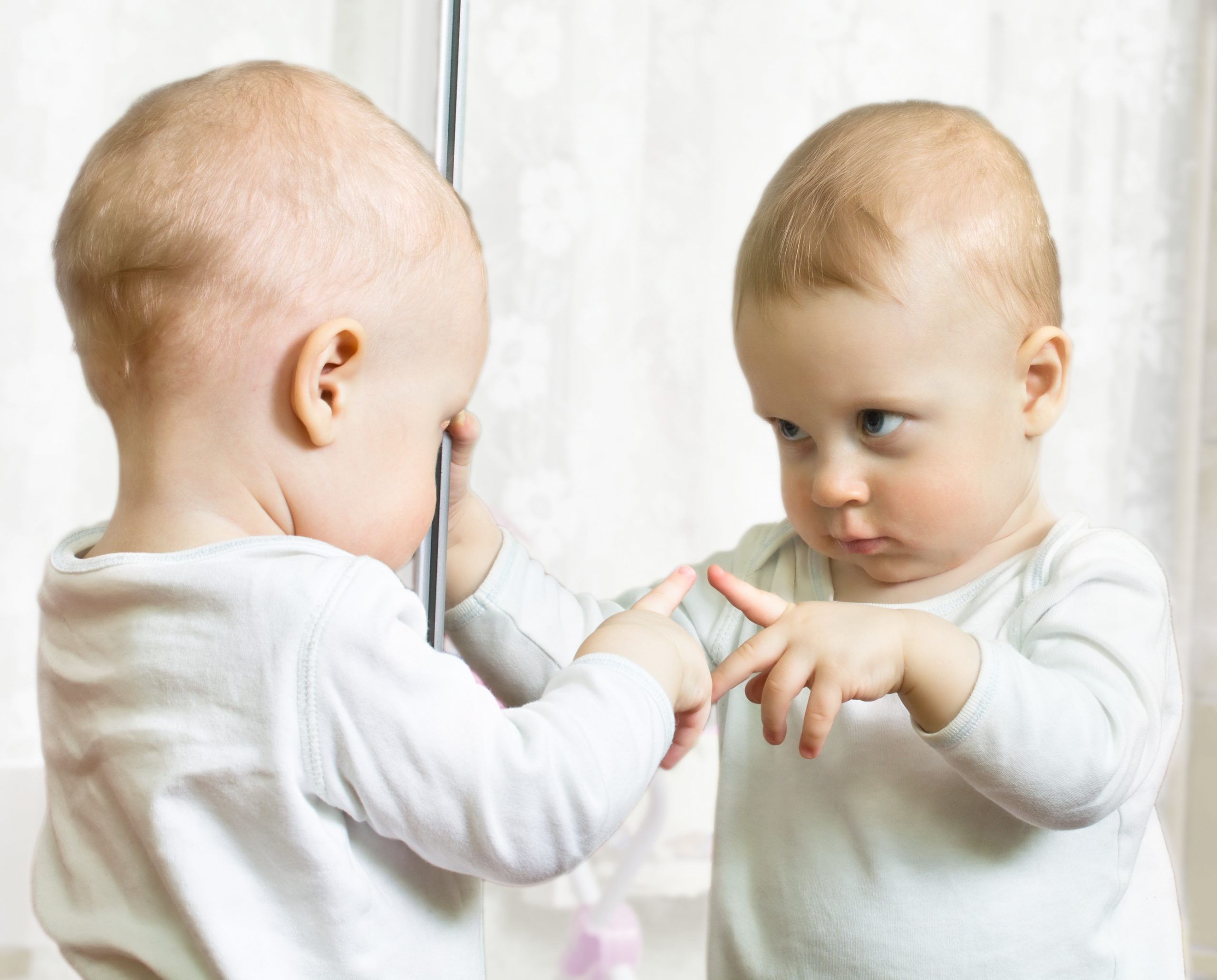 Re-thinking identity: Children’s experiences of self

Dr. Thomas argues that children, before a conceptual, culture-bound notion of self is inculcated in them, have a more spontaneous, broader sense of identity that defies our current worldview. She argues that their more natural, fluid self is more conducive to overcoming the despair characteristic of our present situation, and that it has much to teach us about reality itself.

For Hannah Arendt (1971), theorizing can only arise ‘out of incidents of living experience and must remain bound to them as the only guidepost by which to take its bearings.’ Some scientists may disagree, as research that relies on the personal accounts of people is often regarded as poor academic practice. In the cartesian-dominated world of science, the business of social researchers is to capture and explain human experience, while attempting to justify its empirical validity. This is a grave task when the bar is set at replicability, measurability and an empiricism that relies on conditioned consensus. How can the immeasurable be measured? Social scientists interpret human experience through incidence of themes, linguistic analysis, stories and collective agreements; all through the lens of the researcher’s position—governed by the latest theoretical ideas—with each turn constructing, deconstructing, fragmenting and obliterating the self.

Despite Arendt’s concept of experiential authority appealing exclusively to political life, the social sciences run with the idea of lived experience as a valid source of knowledge. In this way, social realities, systems and what it means to be human can be understood through the stories that people tell. Arendt herself ambiguously classifies experience as collective, not something that can be gleaned through subject-object relations. Yet social researchers tend to assume a cartesian-subject as a source of epistemic authority in relation to self, others and the world. This subject is the ‘story-I,’ an apparent self that moves through chronological and spatial dimensions, an inner subject held in relation to outer objects; as Nietzsche posits (see Spivak, 1974), a specifically linguistic, figurative habit of immemorial standing, a self that is, in the Foucauldian sense, entangled in discourses that circumscribe and constrain who we are.

I have seen this happen recently with children who frequently have ‘non-ordinary’ experiences; children who have premonitions, talk with deceased relatives, engage with disembodied beings, visit alternative realities and can lucid-dream on command. Although these experiences are considered as ‘non-ordinary,’ they appear to carry a surprising ordinariness in the life-worlds of many children; children who are consistently silenced, ignored and, at worst, diagnosed for experiences that do not fit into the dominant cultural narrative. When I research with these children, I listen to their ‘story-I’s,’ which are filled with discourses of illness, shame and difference. Self is never considered beyond the story (see Aatolla, 2017 ). Yet, as these children show, self and experience appear to extend far beyond mainstream ideologies, the limitations of language and even past their own inner narrative worlds. Postmodern preoccupation with lived experience and narrative self pays little attention to the ‘I’ of experience—in terms of its ontological existence and epistemological authority.

Children have long been absent from studies concerned with the nature of self, world and experience, but they—children—are now bringing a very real challenge to our mainstream ideologies about the nature of reality and what it means to be human. Such concerns are normally reserved for adult academics, typically acted out in bodies of philosophical and scientific scholarship. There are lots of reasons given for the exclusion of children, such as their reliability as research informants and traditional child development theories concerned with ego (see Wilber, 2000 ). Yet children and young people have much to teach us about the nature of self and reality.

In the case of a recent pilot study we conducted, ontological questions began to arise from the experiences of children. Using self-inquiry research methods,* children witnessed their story-selves from what Albhari (2020) notes as an “aperspectival unconditioned awareness,” a witness-consciousness that is “diaphanous because, rather than being just another object to be found within the conscious field, it is the field of awareness itself” (p. 10 ). Their ‘non-ordinary’ experiences began to take on a logic in keeping with their direct experiences of self. Differences on the level of the ‘story-I’ collapsed between these children as they shifted into (what we called) a ‘knowing-I.’ Language became redundant in these research moments while silence, physiology and symbol became the main source of data.

By holding the cartesian-subject to speculation, we moved beyond the ‘story -I’ in our social research practice. The idea of conceptual experience was replaced by a more direct experiencing of self and reality. Children used metaphors to try to convey their experience of self beyond their ‘story-I.’ As Semino et al (2017) recognise in their work studying the language of the dying, metaphors are valuable for expressing and reinforcing different ways of making sense of our experiences. In the case of children in the study, metaphor supported how they represented an aspect of self as ‘trapped’ in bubbles or egos. Self ‘outside’ or ‘below the cover’ was experienced by children as ‘free,’ ‘natural’ and connected to other people and the world. The idea of ‘self’ enclosed in a ‘bubble’ was repeated on several occasions by children—as well as how a deeper self was hidden or underneath it. The bubble itself can be held to speculation, exploring what it is made of (more often than not, the bubble is itself a story). When participants shifted their epistemic position from ‘inside the bubble’ to beyond it, their sense of individuality and linear time began to dissolve.

The pilot study afforded opportunities to think about the nature of self, subjectivity and a spectrum of human experience that, as Roxburgh & Coe (2014) suggest, is very ordinary. One could argue against the value of distinguishing between subject and object on the level of social life. Retaining individual agency and our personal stories offer an anchor and a means for navigating social reality. Our stories are a way of affirming oneself in a time that interrogates identities and selves. Yet, we are a society in crisis, in a liminal space held between different accounts of the world. Part of this collective despair is rooted in the illusion of self. We need to return to metaphysical questions in social research as a means for attending to a world that is falling down. Adults may not be as psychologically prepared to see through the ‘story-I,’ whereas our younger generation appear to be naturally aligned to such ontological inquiry.

In line with Arendt’s appeal to the importance of experience in theoretical speculation, qualitative research in a different guise should be contributing to wider scientific and philosophical studies of reality. This could involve carrying out ontological excavations in social research practice, using interdisciplinary research methods and building philosophical propositions from the experiences of people. It requires all assumptions about the nature of reality and what it means to be human to be dropped; to have the courage to walk into the unknown with people and see every experience as ‘ordinary.’ And as we talk about blurring the boundaries between subject and object, larger boundaries between different academic disciplines need to be dissolved to address the unanswerable questions, the hard problem of consciousness and the mystery of being human.

* Self-enquiry is a practice associated with Eastern philosophical traditions (see Barua, 2015). More recently, self-enquiry processes have been used in western non-dual circles and teaching (see Spira, 2017) as a means for exploring self and promoting wellbeing. The concept of the ‘selfie’ is taken from the cultural phenomenon of using digital technology to capture images of the self. While “selfies have been observed in relation to narcissism and self-promoting behaviours” (Choi & Bhem-Morowitz, 2018), using the concept to facilitate a deeper enquiry into the nature of self and non-ordinary experiences, has been useful with children and young people.

Spira R (2017) The Nature of Consciousness. Essays on the unity of mind and matter. Shambala: Oxford.