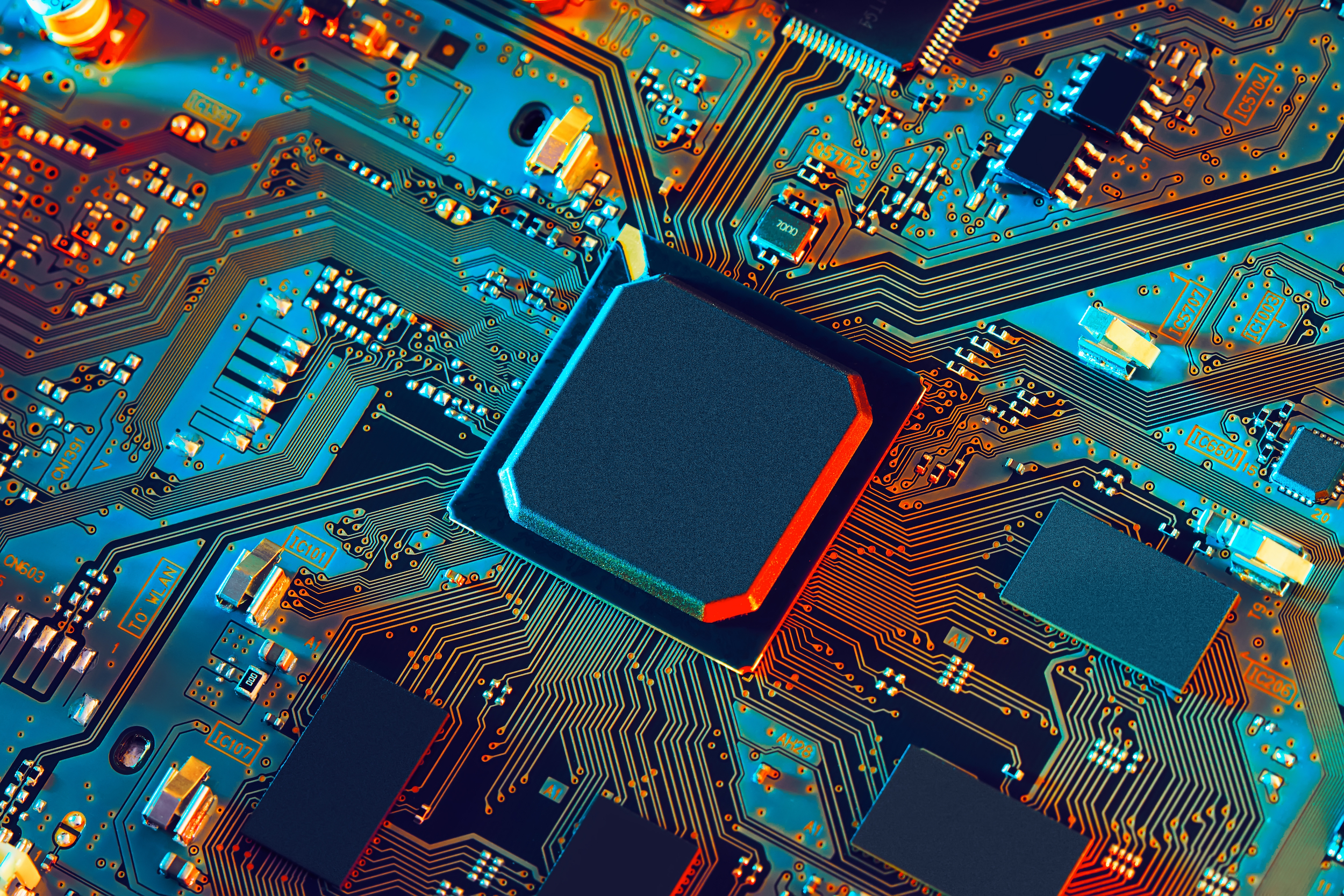 Is it possible to make a conscious computer?

Science fiction and certain voices in academia have manufactured cultural plausibility for the notion that we should, one day, be able to build a conscious computer. But is this idea even coherent to begin with? Who best to ask but the creator of the microprocessor and artificial intelligence pioneer, Federico Faggin. The below is an excerpt from his newly-released autobiography, Silicon: From the invention of the microprocessor to the new science of consciousness.

Once I started working at Synaptics, I began studying biology and neuroscience on my own, subjects I had not studied at the university. All of the neuroscience books I read described brain operation by reducing it to pure electrochemical activity with the hidden assumption, never explicitly stated, that this activity was identical to sentient perception. It seemed to me that conscious recognitions occurring through feelings and sensations are quite different from pure electrochemical activity. So, I asked Gary Lynch to explain how electrical activity in the brain could manifest itself in the form of sensations and feelings since the two could not possibly be the same thing.

As a psychologist turned neuroscientist, he replied, “Are you talking about consciousness?”

I didn’t know then that “consciousness” was the proper word for what I was trying to express, but it sounded right. “Yes, how does consciousness work and why is this word never mentioned?”

“Oh, don’t worry about it. It’s something that happens in the brain and one day we’ll understand it,” he replied.

And that was the end of our conversation. I had never before thought about the nature of consciousness. Gary’s position was entirely consistent with the materialist assumption that all that exists must be produced by the interactions of elementary particles. Over the years I had converted to the physicalist view of the world which holds that consciousness must somehow emerge from the operation of the brain. But how? It was not enough to say that it emerges “somehow.” I needed an explanation.

I thought that if it arises from the brain, which is a complex information processing system like a machine, then a computer could be conscious as well, at least in principle. Taken by great curiosity, I began to think how I could make a conscious computer. This led me to reflect deeply on the characteristics of consciousness, and I soon encountered the great obstacle: the complete lack of understanding we have about the nature of sensations and feelings.

For example, let’s consider how a rose is recognized by its smell. A rose emits specific molecules with unique three-dimensional structures. These can fit as “keys” in the “locks” of certain receptor molecules embedded in the olfactory cell membranes located in the nasal epithelium. When this happens, the cells containing the now-activated receptors produce electrical signals. These electrical signals generated by the specific mix of molecules emitted by the rose constitute the input signals to the neural networks of the olfactory cortex, and their output signals correspond to the name of the identified object: a rose.

A machine can certainly recognize a rose by its “emissions” through emulating the natural process I just described. However, a machine does not feel anything, while we feel the aroma or scent as well as recognize the rose as the source of that feeling. In other words, whereas the name of the recognized object is another symbol, the scent of the rose is not a symbol, it is something else. It is a sentient experience that connects us with our emotions and knowledge.

The scent is something completely different from the electrical signals generated by the neural networks. It is related to them, of course, but it is not identical, nor can it be produced directly from them since it has a completely different quality than electrical or mechanical activity. The scent of a rose, just like the taste of chocolate or the sound of a violin, is not another symbol. It is an experience, a feeling that makes symbolic data conscious. We know the scent exists because we feel it in our awareness. Consciousness is then the capacity to know the meaning of certain symbols.

A computer that identifies a rose by its aroma only mechanically captures the pattern of electrical signals produced by appropriate sensors of the rose’s aromatic molecules (the chemical symbols). The computer is not aware of the scent of the rose, even though it may respond in various ways to the rose symbol. Thus, the computer blindly responds to a rose the way it has been programmed to, or in the way it has automatically learned. The computer can neither be aware, nor consciously know anything. Thus, the comprehension brought by consciousness is not accessible to a computer. Herein lies the fundamental limitation of artificial intelligence.

Feelings, sensations, and sentiments are not symbols like electrical or chemical signals. They represent instead the meaning of symbols in the “space” of our consciousness. Consciousness is the inner space where the translation of signals coming from the world are processed by the brain and take place in the form of feelings, sensations, and the meanings behind them that we perceive within. The nature of feelings is completely different from that of physical phenomena. A physical phenomenon is what takes place in the material world and is accessible from the outside through our senses and instruments. It is what gives rise to a so-called third-person experience common to all observers. A feeling, on the other hand, is a first-person experience accessible only from within by the owner of the consciousness.

This conversion of a rose symbol to its scent is an example of the so-called “hard problem of consciousness,” as philosopher David Chalmers called it in 1995. It can be expressed as follows: What is the physical phenomenon responsible for the feeling associated with the scent of a rose? What something “feels like,” a sensation or a feeling, is called quale (plural: qualia), and therefore the hard problem of consciousness can be stated as: “How do qualia emerge from matter?”

Science cannot explain this phenomenon, and nobody seems to have the faintest idea about how this miracle happens. It is surprising that most researchers believe there is no miracle. We are so used to being aware that we generally do not recognize that consciousness cannot possibly emerge from unconscious matter. Only those who have begun to think seriously about this problem realize that consciousness is a fundamentally unsolved problem.

For years I tried to understand how consciousness could arise from electrical or biochemical signals. Invariably, electrical signals can only produce other electrical signals or other physical consequences such as force or movement, but never sensations and feelings that are qualitatively different. Feelings are internal subjective properties or states correlated to external properties of matter that we consider objective. They represent a class of phenomena completely different from material phenomena.

Consciousness is where the conversion from outer material symbolic reality into inner semantic reality takes place, and qualia are the bearers of meaning. But couldn’t consciousness also be the space in which the inverse conversion from meaning to symbols takes place? If yes, this would imply that inner reality could have a direct impact on outer reality as well, though classical physics denies this possibility by postulating that only outer reality exists and inner reality has no causal power. This is equivalent to saying that either the inner world is illusory or that inner reality can only be influenced by outer reality though not vice versa. But then how can interiority emerge solely from outer reality when the physical laws control only the transformation of outer phenomena into other outer phenomena? The logical conclusion of materialism is that inner reality is illusory and meaning does not exist.

Yet the outer world is brought inside us through the sensory-brain system and becomes an inner experience. If consciousness did not exist, we should have no experience at all, inner or outer, and therefore wouldn’t know anything. Consciousness is needed to know even the most trivial of things. Furthermore, if there is a fundamental influence from outside to inside, shouldn’t there be also an influence from the inside out?

It was then when I realized that consciousness can only be studied through first-person experiences, because no third-person experiment could ever reveal the subjective feelings I’m living through. Therefore, I decided to study consciousness using the only example I knew, myself.

Today I know that I am conscious within myself, but I cannot prove it. And if I cannot even prove that I am conscious, how can I prove if anyone else is conscious? The existence of consciousness cannot be objectively determined with any outer measurement. It is private and cannot be observed from the outside. Therefore, I can only know the true feelings of another person if that person discloses them to me, but my knowledge cannot be certain because that person could be mistaken or lying. Any external measurement can only reveal physical correlates of consciousness, but not what the person truly feels. Qualia, the bearers of meaning, are not visible in any way from the outside. This intense investigation was the ground from which some amazing surprises arose.