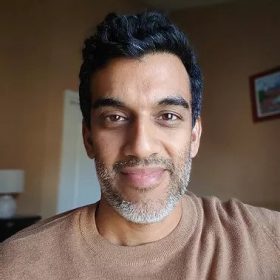 Anoop Kumar, MD, MMgt enjoys exploring and communicating about the intersection of consciousness and everything else. He is an emergency physician, public speaker, author of Michelangelo's Medicine and Is This a Dream?, and a columnist for Emergency Medicine News. Anoop spent time in India and the United States as a child, and grew to appreciate the differences between these cultures. He inadvertently began developing a framework for these differences when his parents exposed him to advaita vedanta, which soon became his playground. Against this backdrop, school seemed to be lacking something critical—in depth knowledge of the nature of being human. This was the seed of Anoop's desire to communicate publicly. By training, Anoop is board-certified in emergency medicine and holds a master's degree in management with a focus in health leadership.

The three minds: A framework beyond biopsychosocial medicine

In this cogent essay, emergency physician Dr. Anoop Kumar elaborates on his view of the fundamental role mind plays in healthcare, as well as his three-minds model.