What lurks behind spacetime?

The cosmic riddle of structure without extension—of how complexity can exist outside space and time—is tackled by our Executive Director in this first edition of our ‘mid-week nugget.’

Long gone are the days in which spacetime was regarded as an immutable, absolute, irreducible scaffolding of nature. Although our ordinary intuitions still insist on this outdated notion, since the late 18th century a series of developments in philosophy and science—such as Kant’s and Schopenhauer’s proposal that spacetime is a mere category of perception, Einstein and his block universe, Julian Barbour and his universe without time, Lee Smolin and his universe without space, loop quantum gravity, etc.—have relegated it to the status of persistent illusion. Spacetime is but a relatively superficial layer of nature contingent upon more fundamental underlying processes.

The problem is that spacetime seems to be a prerequisite for differentiation and, by implication, structure. Things and events can only be distinguished from one another insofar as they occupy different volumes of space or different moments in time. Without spaciotemporal extension, all of nature would seem to collapse into a singularity without internal differentiation and, therefore, without structure. Schopenhauer had already seen this in the early 19th century, when he argued that spacetime is nature’s principium individuationis, or ‘principle of individuation.’

Yet, it is empirically obvious that nature does have structure: its very regularities of behavior betray just that. Under certain circumstances nature does one thing and, under others, something else; repeatedly and reliably. Such distinguishable and consistent behaviors can only occur with some form of underlying, immanent structure.

So how are we to reconcile the empirical fact that nature has structure with the understanding that spacetime is not fundamental? How are we to think of the irreducible foundations of nature as both lacking extension and having structure? I submit that this is the least recognized and discussed dilemma of modern science.

To solve it, we must start with an admission: objects and events do indeed inherently require spaciotemporal extension to be differentiated; Schopenhauer was right about the principium individuationis. But we know of one other type of natural entity whose intrinsic structure does not require extension.

Consider, for instance, a hypothetical database of student records. Each record contains the respective student’s intellectual aptitudes and dispositions, so the school can develop an effective educational workplan. The records are linked to one another so to facilitate the formation of classes: students with similar aptitudes and dispositions are associated together in the database. Starting from a given aptitude, a teacher can thus browse the database for compatible students.

Now, notice that these associations between records are fundamentally semantic: they represent links of meaning. Associated records mean similar or compatible aptitudes, which in turn mean something about how students naturally cluster together. Therein lies the usefulness of the database. Even though it may have a spatiotemporal embodiment—say, paper files stored in the same box in an archive—there is a sense in which their structure fundamentally resides in their meaning. Spaciotemporal embodiments merely copy or reflect such meaning. After all, the semantic relationships between my intellectual aptitudes and those of others wouldn’t disappear if our respective paper files went up in flames.

I submit that this is how we must think of the most foundational level of nature, the universe behind extension: as a database of natural semantic associations, spontaneous links of meaning. This is similar to how a mathematical equation associates variables based on their meaning, whether such associations happen to have spatiotemporal embodiments or not. The associations can indeed be projected onto spacetime—just as databases can have physical embodiments—but, in and of themselves, they do not require spacetime to be said to exist. This is how nature can have structure without extension.

But what about causality? Its central tenet is that effect follows cause in time, so what are we to make of it without extension? Philosopher Alan Watts once proposed a metaphor to illustrate the answer: imagine that you are looking through a vertical slit on a wooden fence. On the other side of the fence, a cat walks by. From your perspective, you first see the cat’s head and then, a moment later, the cat’s tail. This repeats itself consistently every time the cat walks by. If you didn’t know what is actually going on—that is, the existence of the complete pattern called a ‘cat’—you would understandably say that the head causes the tail.

Behind extension, the universe is the complete pattern of semantic associations—that is, the cat. Our ordinary traversing of spacetime is our looking through the fence, experiencing partial segments of that pattern. All we see is that the cat’s tail consistently follows the cat’s head every time we look. And we call it causality.

The notion that, at its most fundamental level, nature is a complete pattern of associations has been hinted at by physicists before. Max Tegmark, for instance, has proposed that matter is mere “baggage,” the universe consisting purely of abstract mathematical relationships.

Meaning—such as those of the variables in a mathematical equation—is an intrinsically mental phenomenon. In the absence of spacetime, this betrays the only possible ontic ground of a cosmic semantic database: the universe is a web of semantic associations in a field of spontaneous, natural mentation; for mind is the only ontic substrate we know of that isn’t indisputably extended.

Indeed, dispositions and aptitudes are palpably real—in the sense of being known through direct acquaintance—yet transcend extension. What is the size of my aptitude for math? What is the length of my disposition to philosophize, or even of my next thought? Whatever theory of mind you subscribe to, the pre-theorical fact remains: you can’t take a tape measure to my next thought; mentation is not indisputably extended.

As such, within the bounds of coherent and explicit reasoning, a structured universe without irreducible extension is per force a mental universe—not in the sense of residing in our individual minds, but of consisting of a field of natural, spontaneous mental activity, whose intrinsic ‘dispositions’ and ‘aptitudes’ are known to us as the ‘laws of nature.’ 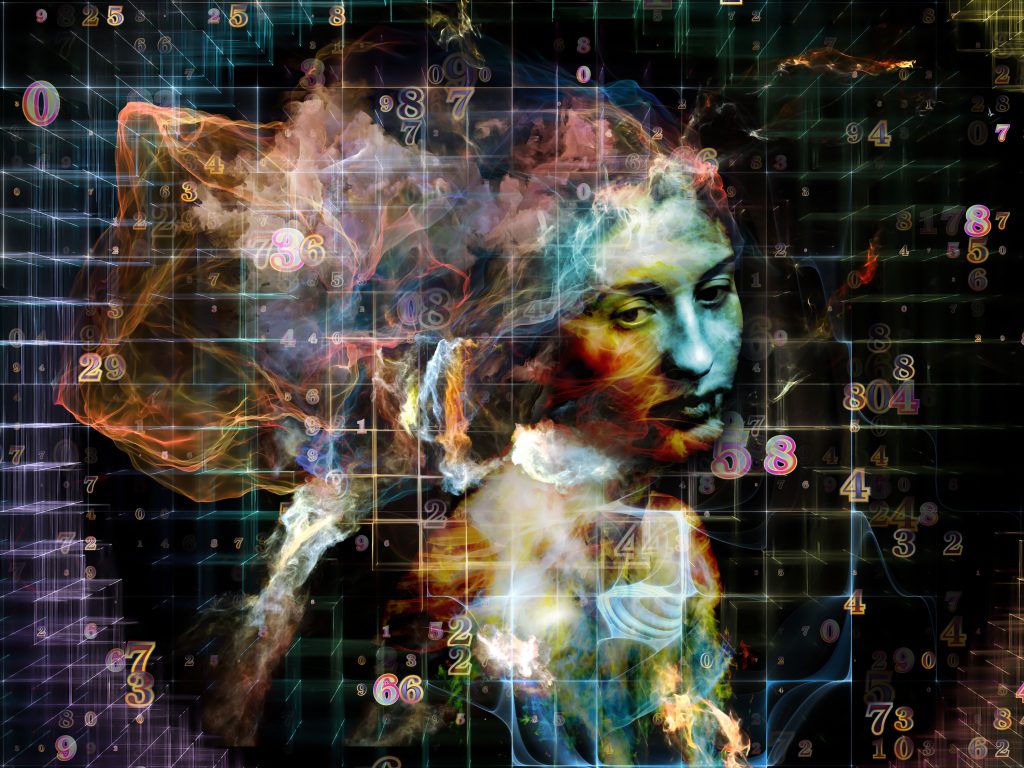 Is intelligibility a pre-condition for existence? (The Return of Metaphysics)

University of Chicago’s Prof. Robert Pippin returns to Kant and Hegel to ask the question: is intelligibility a precondition for existence? Are our thought processes and their inherent capabilities and limitations fundamentally linked to what can or cannot exist in nature? He reviews German Idealism to ponder what it could mean for us today. 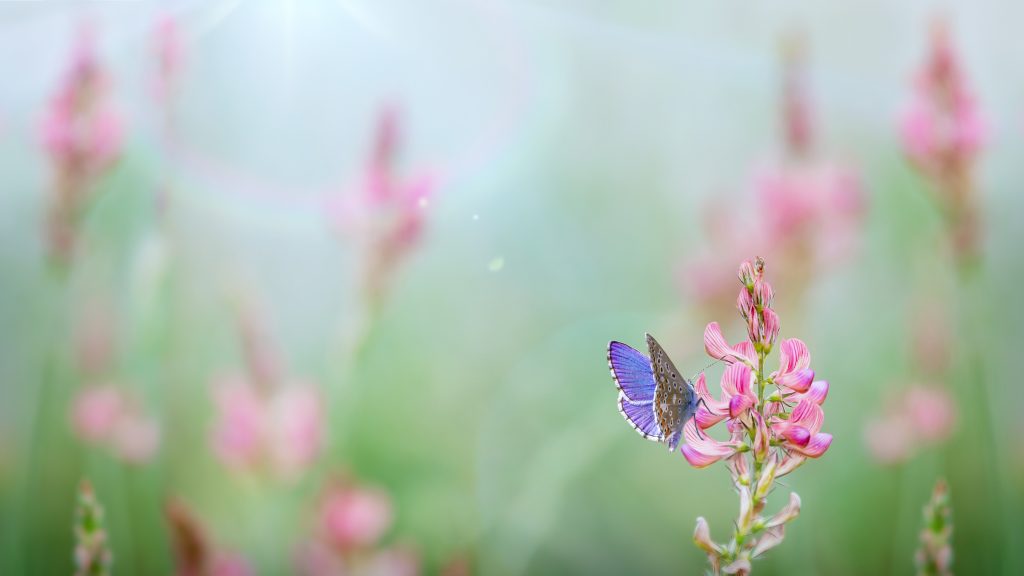 The force that complexifies nature

A form of consciousness that pervades all nature impels physical structures to become more complex and, eventually, canalizes itself into our individual being. This is what Dr. Steve Taylor, from Leeds Beckett University, argues in his presentation during our 2021 ‘The Science of Consciousness’ work conference. 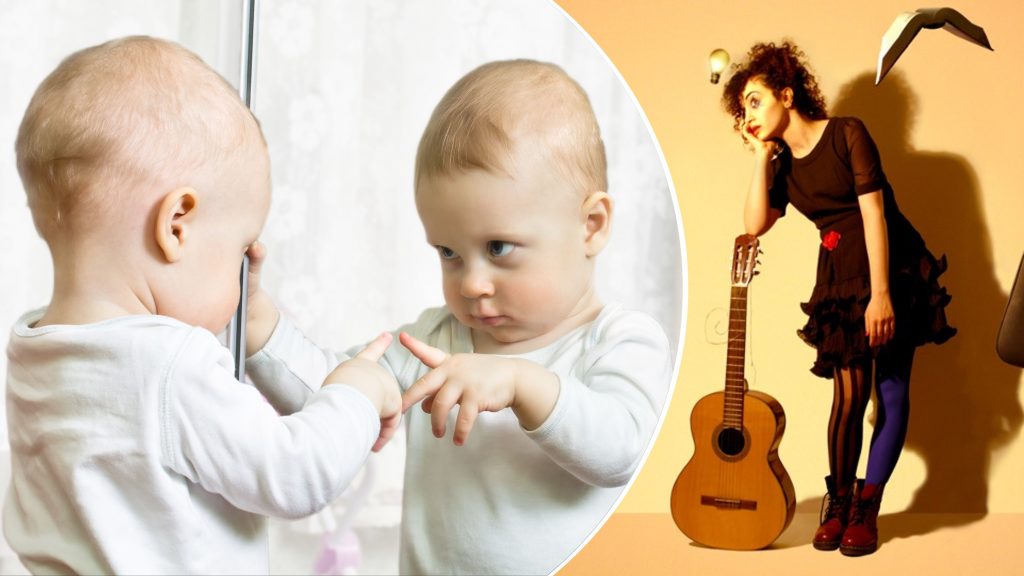 In the best episode of ‘Essentia Readings’ yet, Nadia Hassan introduces us to her young niece, a child who is aware, during sleep, of the fact that she is asleep. This suggests that our original, natural sense of self and consciousness, before culture tells us how to think about both, is much different than our adult understanding. 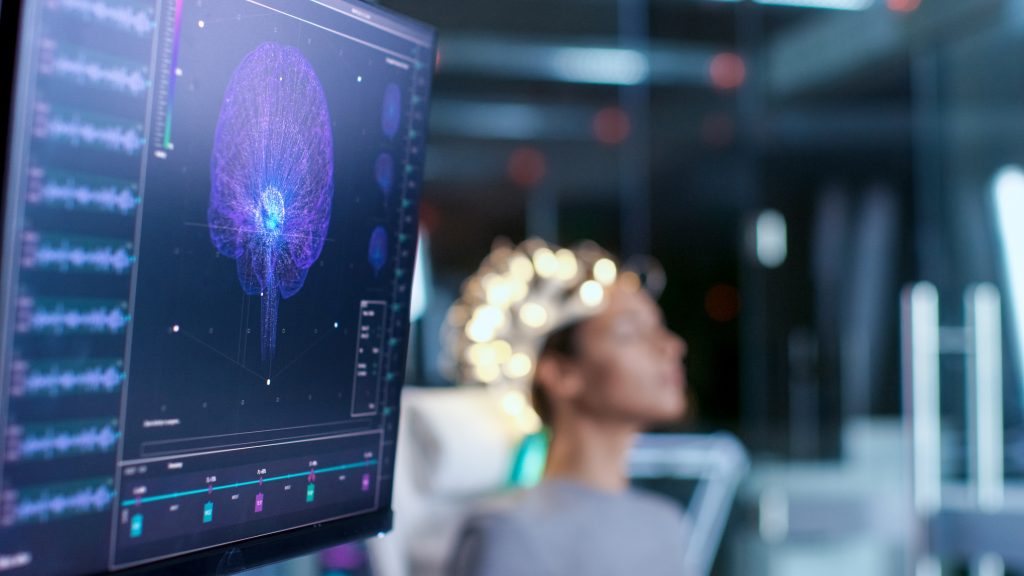 What neuroscience actually shows about consciousness

In his opening presentation of the ‘Science of Consciousness’ conference 2021, Essentia Foundation’s executive director Bernardo Kastrup reviews the neuroscientific evidence and discusses what it actually tells about consciousness. He also discusses, in explicit and specific detail, what he perceives as widespread physicalist confirmation bias in both academia and mainstream media. 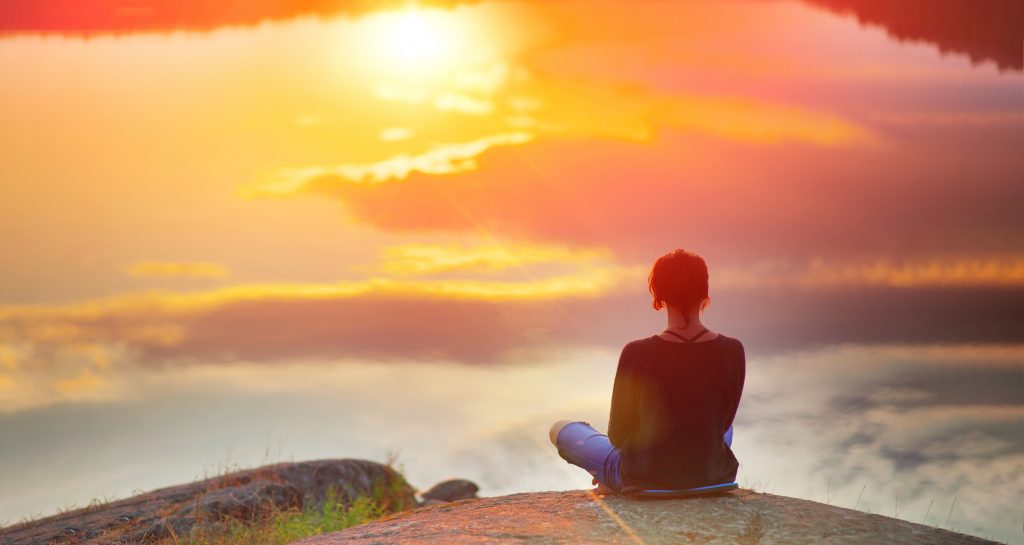 The spirit of the universe

The gap between panpsychism and idealism is bridged if one infers that fundamental consciousness, instead of being a property of elementary material particles, pervades the fabric of space itself, from where it is then canalized into living beings. 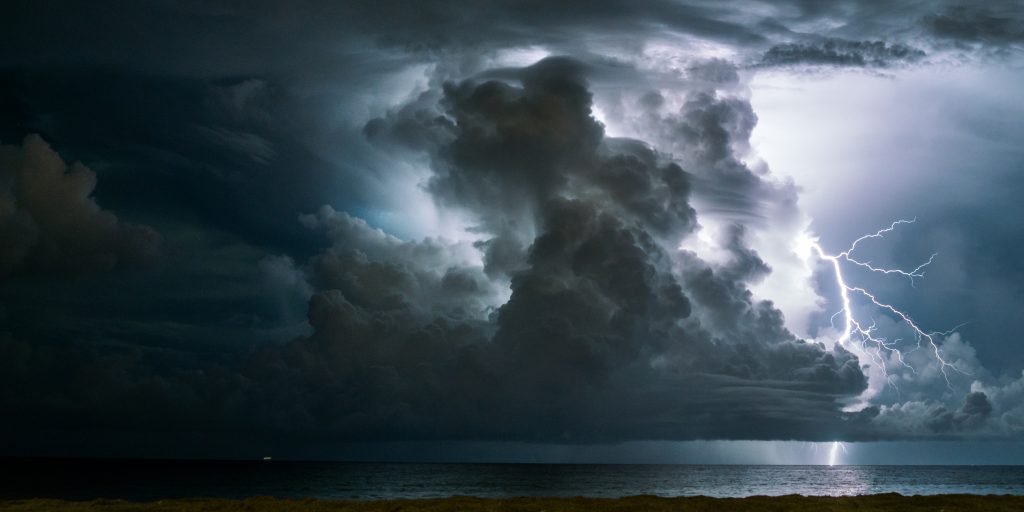 Conscious storms and the origin of life

This surprisingly coherent and empirically well-grounded essay argues that, although governed by blind, purposeless laws of nature, the Earth’s atmosphere—just like biological brains—may be associated with a subjective first-person perspective, and may have therefore purposely created life on Earth. The essay coherently brings together a compatibilist approach to free will, an idealist metaphysics and speculations about abiogenesis. 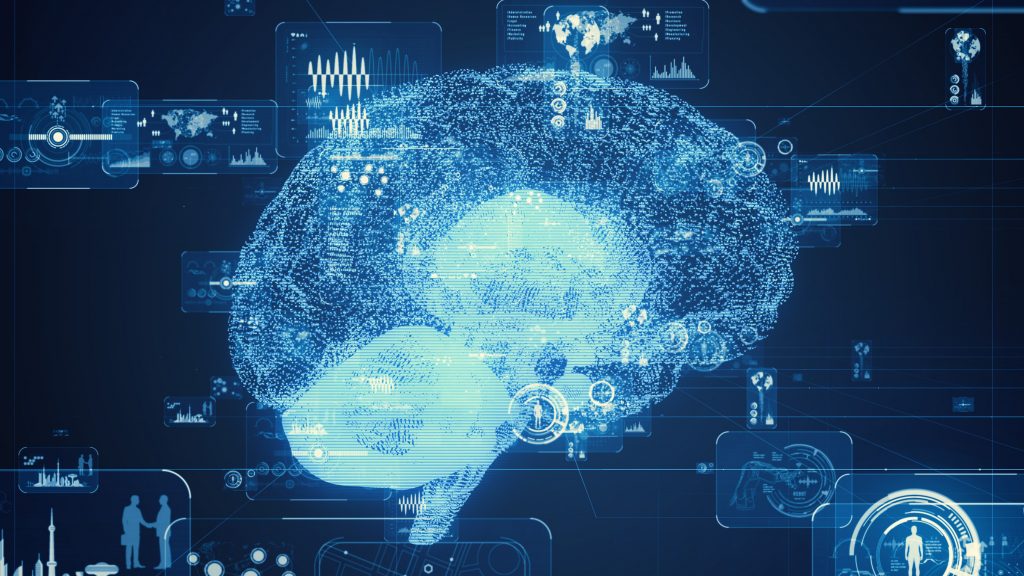 In a fascinating exploration of some of our minds’ most amazing abilities, Prof. dr. Heleen Slagter, Principal Investigator of the Cognition & Plasticity Laboratory of the Vrije Universiteit Amsterdam, talks about the predictive mind: the ability of our cognitive systems to not only perceive the world, but also infer what the world should be like, given our previous experiences.

In the best episode of ‘Essentia Readings’ yet, Nadia Hassan introduces us to her young niece, a child who is aware, during sleep, of the fact that she is asleep. This suggests that our original, natural sense of self and consciousness, before culture tells us how to think about both, is much different than our adult understanding.

What neuroscience actually shows about consciousness

In his opening presentation of the ‘Science of Consciousness’ conference 2021, Essentia Foundation’s executive director Bernardo Kastrup reviews the neuroscientific evidence and discusses what it actually tells about consciousness. He also discusses, in explicit and specific detail, what he perceives as widespread physicalist confirmation bias in both academia and mainstream media.

The spirit of the universe

The gap between panpsychism and idealism is bridged if one infers that fundamental consciousness, instead of being a property of elementary material particles, pervades the fabric of space itself, from where it is then canalized into living beings. 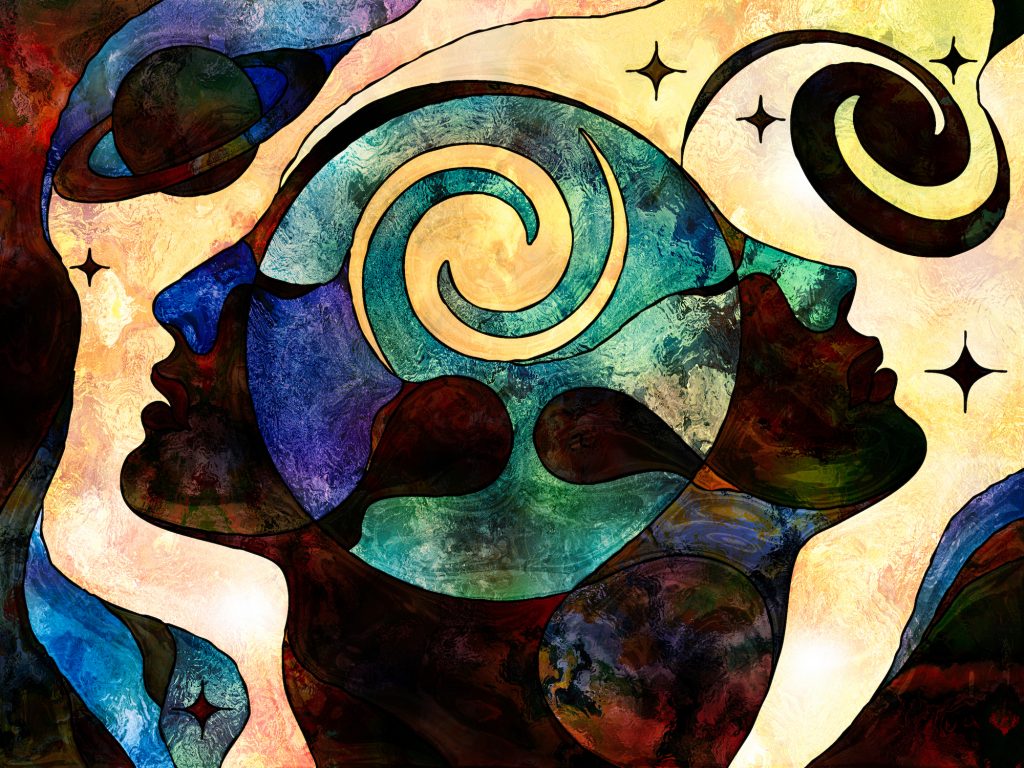 Iain McGilchrist: “Consciousness is the stuff of the cosmos”

Renowned psychiatrist Dr. Iain McGilchrist laid out his idealist metaphysical views unambiguously in the closing presentation of the ‘Science of Consciousness’ conference, 2021. His clarity, lucidity and almost hypnotically compelling style provided a spellbinding end to the conference. Video and transcript follow. 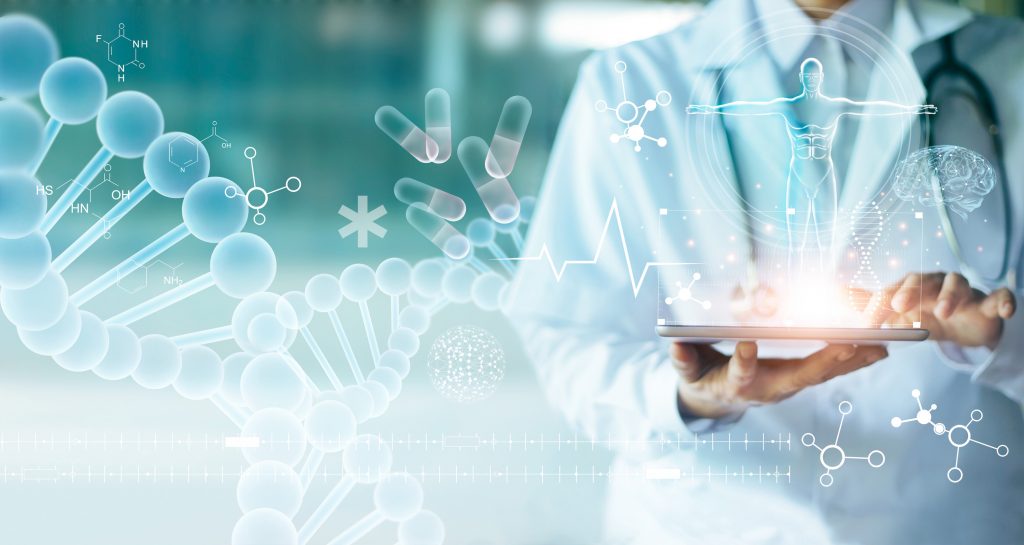 Idealism may not be what you think

It increasingly strikes us that the reason why many scientists and scholars reject idealism—the notion that reality is essentially mental—is based on simple misunderstandings of what idealism states or implies. In this brief editorial, we would like to discuss and correct some of these misunderstandings. 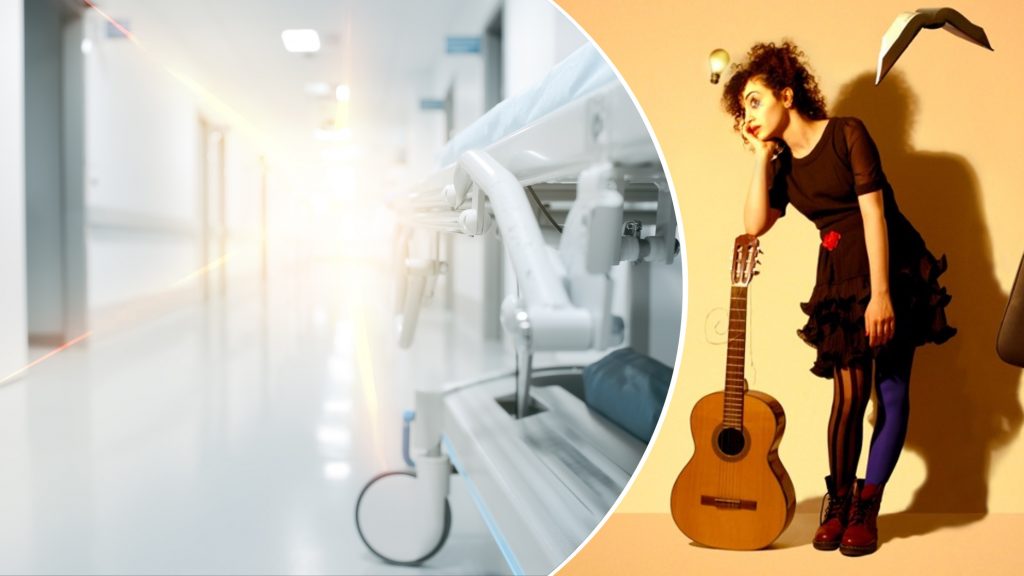 In the fourth episode of the Essentia Readings podcast (available for free on all major platforms), Nadia Hassan reads Dr. Pim van Lommel’s ‘Near-Death Experiences during cardiac arrest,’ a half-hour of fascinating material.